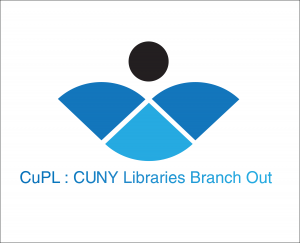 How do we connect the resources of CUNY libraries with the life-long learning possibilities of Branch libraries? Are our current and future students aware of resources outside of their campus libraries?

CuPL: CUNY Libraries Branch Out is a collaborative effort between librarians at the City University of New York, and librarians in the public libraries throughout NYC. The goal is to enhance use of systems across institutions and make current, former, and future students aware of local resources for academic research success as well as lifelong learning.